Learn how to use trec_eval to evaluate your information retrieval system

Click here to visit the official website and download the lastest version link, which is currently in version 9.0. Once downloaded, extract files to a folder and type "make" in command line prompt to compile trec_eval sourcecode. After that, the trec_eval executable will be ready to use.

The command to run trec_eval has the following format:

If you want to see only some specific measures, just use the -m parameter followed by measure name. Use period (".") to pass parameters to the measure and separate multiple parameters with a comma (","). The -m parameter should be passed once for each measure. For example, to show only the measures MAP and Precision at 5 and at 10 use the following command:

Details about all available measures are given below.

This file contains a list of documents considered relevants for each query. This relevance judgement is made by human beings who manually select documents that should be retrieved when a particular query is executed. This file can be considered as the "correct answer" and the documents retrieved by your IR system should approximate the maximum to it. It has the following format:

The field query-id is a alphanumeric sequence to identify the query, document-id is a alphanumeric sequence to identify the judged document and the field relevance is a number to indicate the relevance degree between the document and query (0 for non relevant and 1 for relevant). The second field "0" is not currently used, just put it in the file. The fields can be separated by a blank space or tabulation.

The results file contains a ranking of documents for each query automaticaly generated by your application. This is the file that will evaluated by trec_eval based in the "correct answer" provided by the first file. This file has the following format:

Running trec_eval with default options the following informations are outputted:

Learn how to use trec_eval to evaluate your information retrieval system
Machine learning for beginners: A brief introduction

Learn how to use trec_eval to evaluate your information retrieval system
Machine learning for beginners: A brief introduction 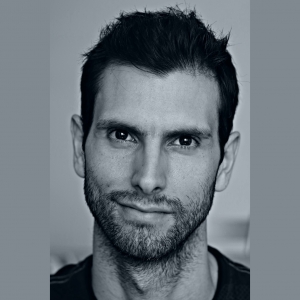 Rafael is a PhD student in computer science. Made his first website in 2001 without knowing anything about HTML or even knowing the meaning of FTP. Since then, everything he learned only was possible thanks to the knowledge shared on the internet by others.

He created this blog as a way to give back all learning received and to collaborate with the developers and research communities which uses a part of their precious time to share what they know.